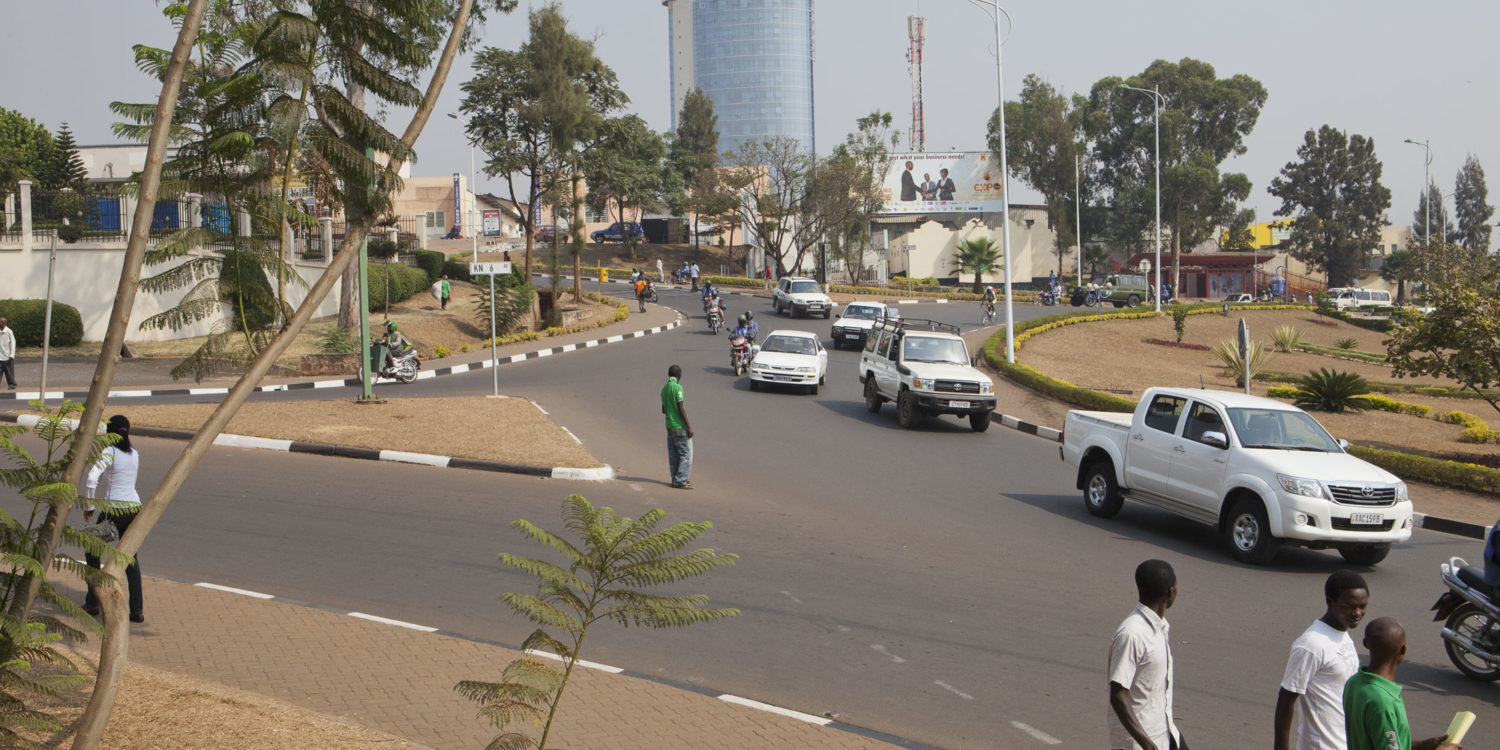 Twenty years after the Rwandan Genocide, Kigali is undergoing intense and rapid transformation.

This spring marks the twenty year anniversary of the Rwandan Genocide, which raged for 100 days in 1994. Although mass graves continue to be discovered, the last few years could be defined as Rwanda’s re-emergence. Undergoing intense and rapid reconstruction, Rwanda aspires to reconcile itself within a framed view of the Western world. The ruling political party, led by Paul Kagame who is currently in his second seven year Presidential term, fuels much of this transformation. Their vision is widely shared in Rwanda and is very much driven by the rhetoric of development. 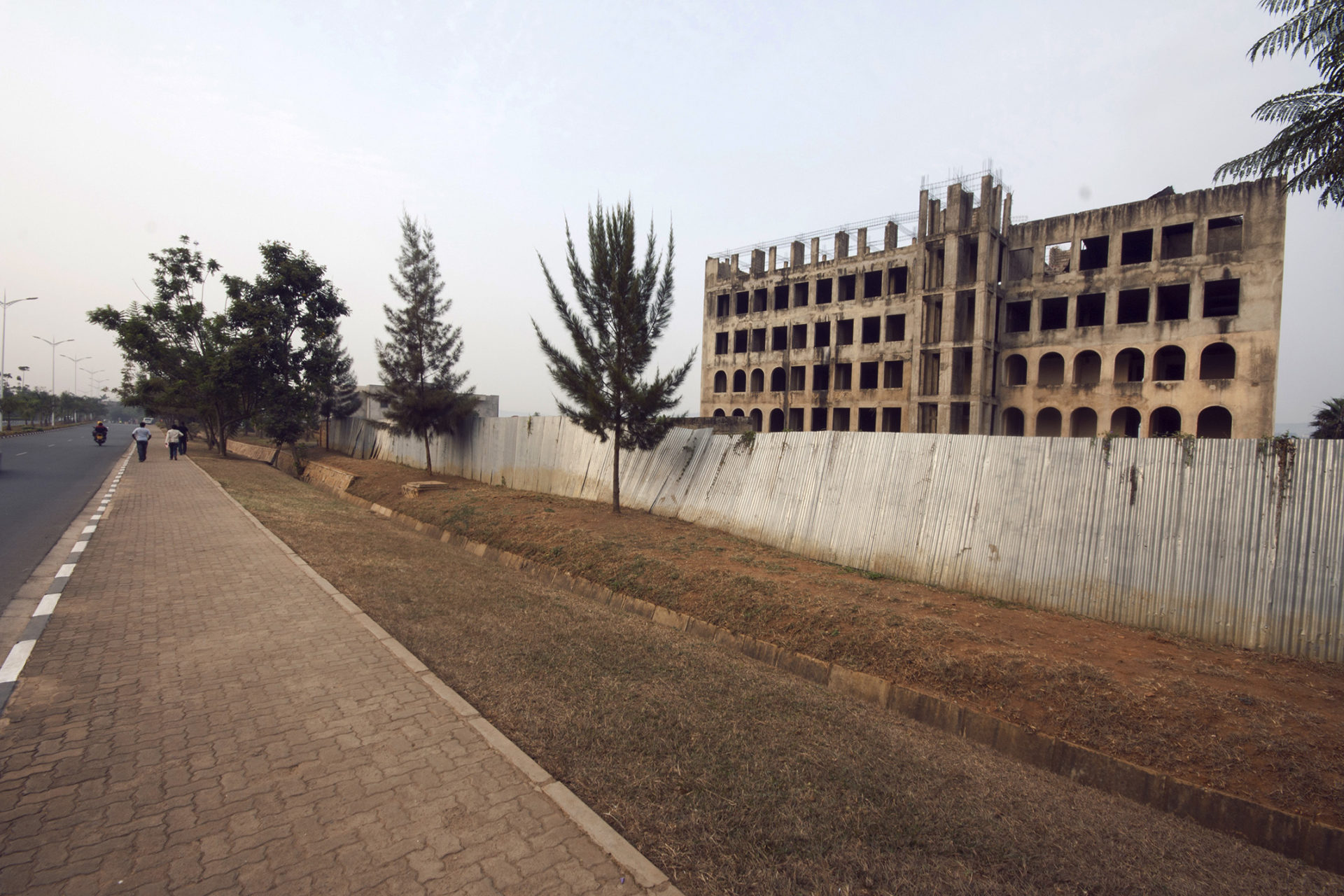 Remains of buildings damaged during the Genocide. 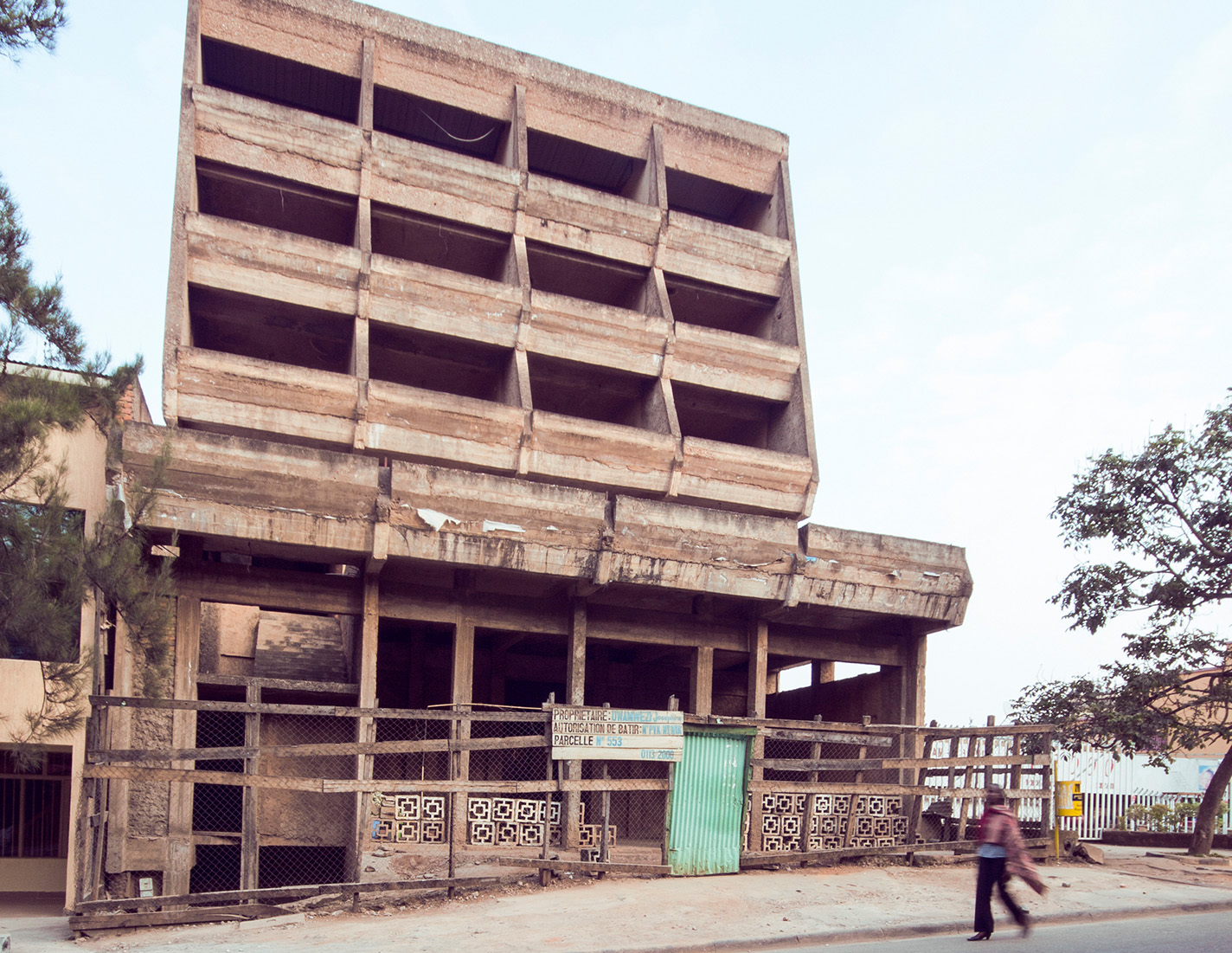 Rwanda might best described as a state reverberating with the echoes of deep trauma. A trauma that is often concealed by the aggression of the determined development that signifies ‘re-emergence’, much of which is visible within the surged transformation of its capital Kigali from small town to a ‘leader in city development’. This vision is aided and devised by US and Singaporean planning consortiums and funded and realised in part by Chinese contractors. It also bestows much of the generic characteristics of other African city masterplans. Key to this vision are large scale infrastructural insertions and transportation linkages aiming to reconnect Rwanda’s landlocked geography with the rest of the continent.

Upholding the appearance of such an audacious masterplan in Rwanda gives some insight into the strong-armed approach of implementation that attracts much commentary. It is an approach that gives the impression that Kigali is somehow on the right path of redevelopment. Yet considering 89% of people in Rwanda live in extreme poverty, mostly in informal makeshift housing without sanitation, the vision the masterplan portrays comes off as urban posturing. It is when such disparities between the socio-economic realities and those of the imagined hi-res computer visualisations arise that it begins to feel forced on Kigali’s urban spaces. 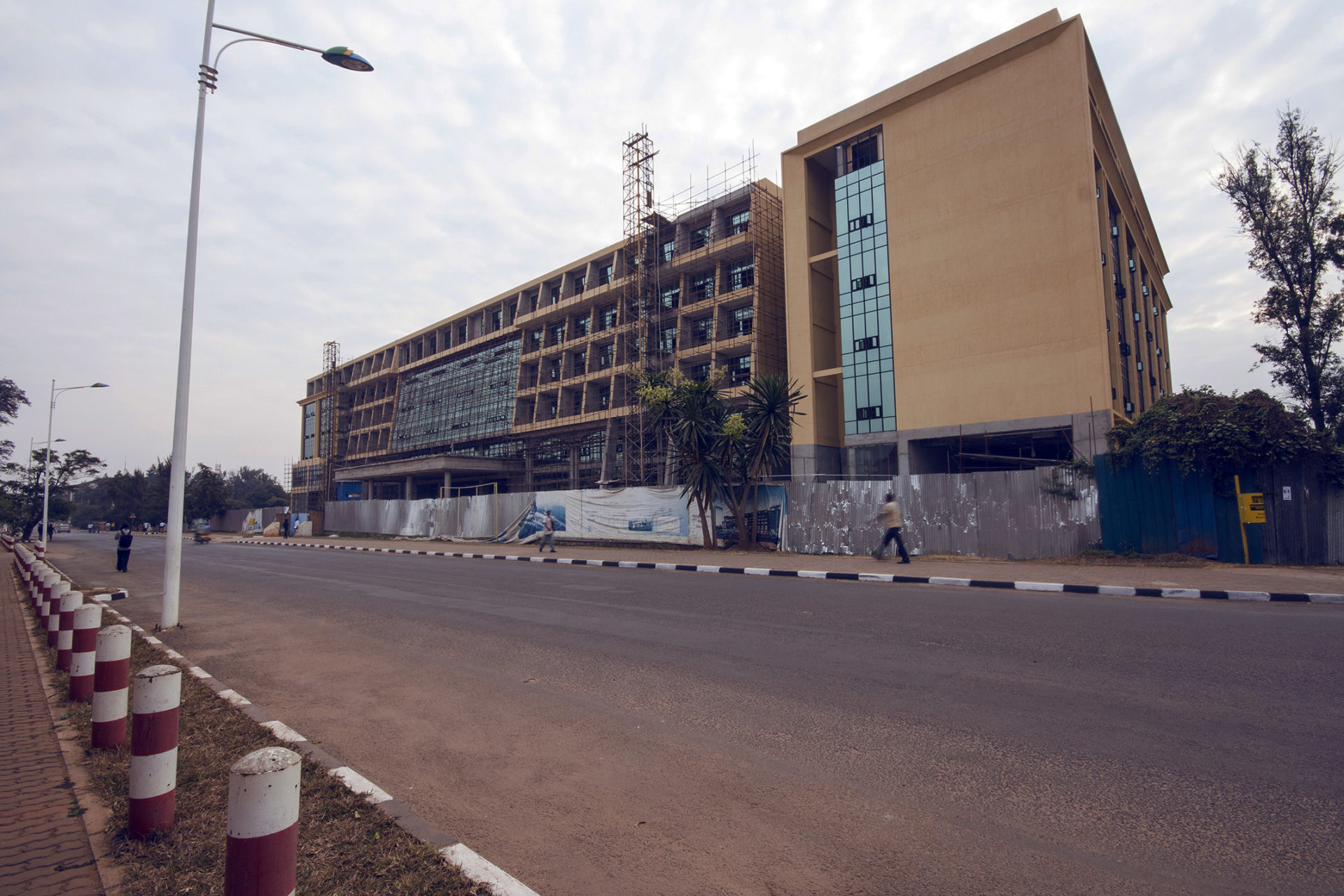 The New Marriot Hotel and the New city hall, both constructed by the Chinese-owned New Century Development Limited. 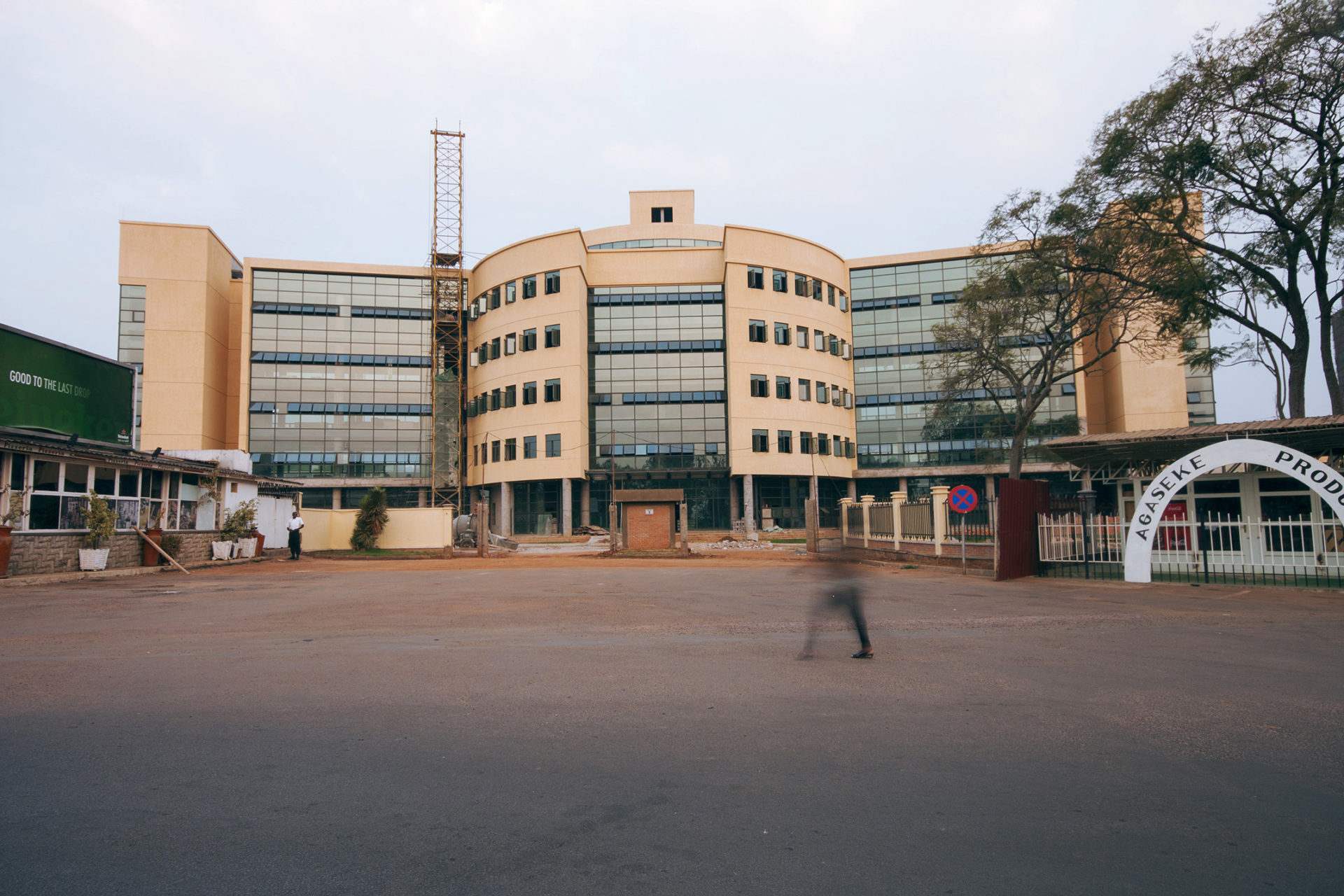 As such Kigali is a place with a palpable sense of control, the effects of which are visible in various guises across the city. A disciplinary urban sensation that Foucault best describes as ‘segmented, immobile, frozen space’. Several thousand informal homes across Kigali have been cleared (between 2009-2013). Former residents of these areas, who have relocated, have rebuilt elsewhere or are now rehoused in ‘cookie cutter’ government bungalows located on the fringes of Kigali, distanced from access to central amenities and neighbouring families. Replacement of these informal settlements is as swift as their removal. Towering concrete curtain-walled structures such as the plot on the grounds of the former Kiyovu community is now occupied by a high-rise structure that ironically houses the Rwanda Social Security Board headquarters. 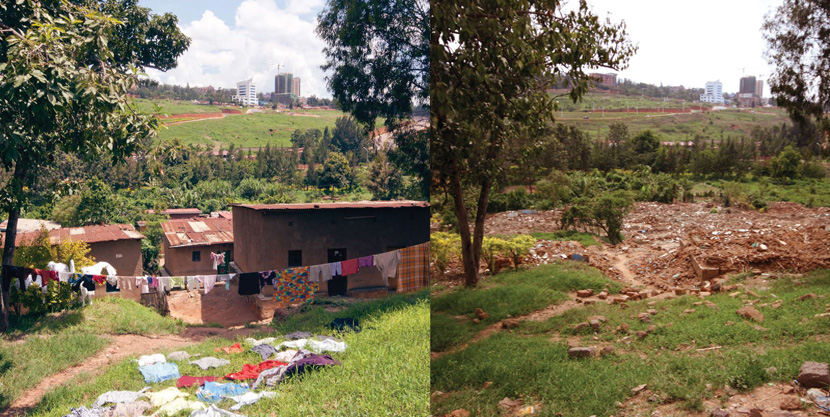 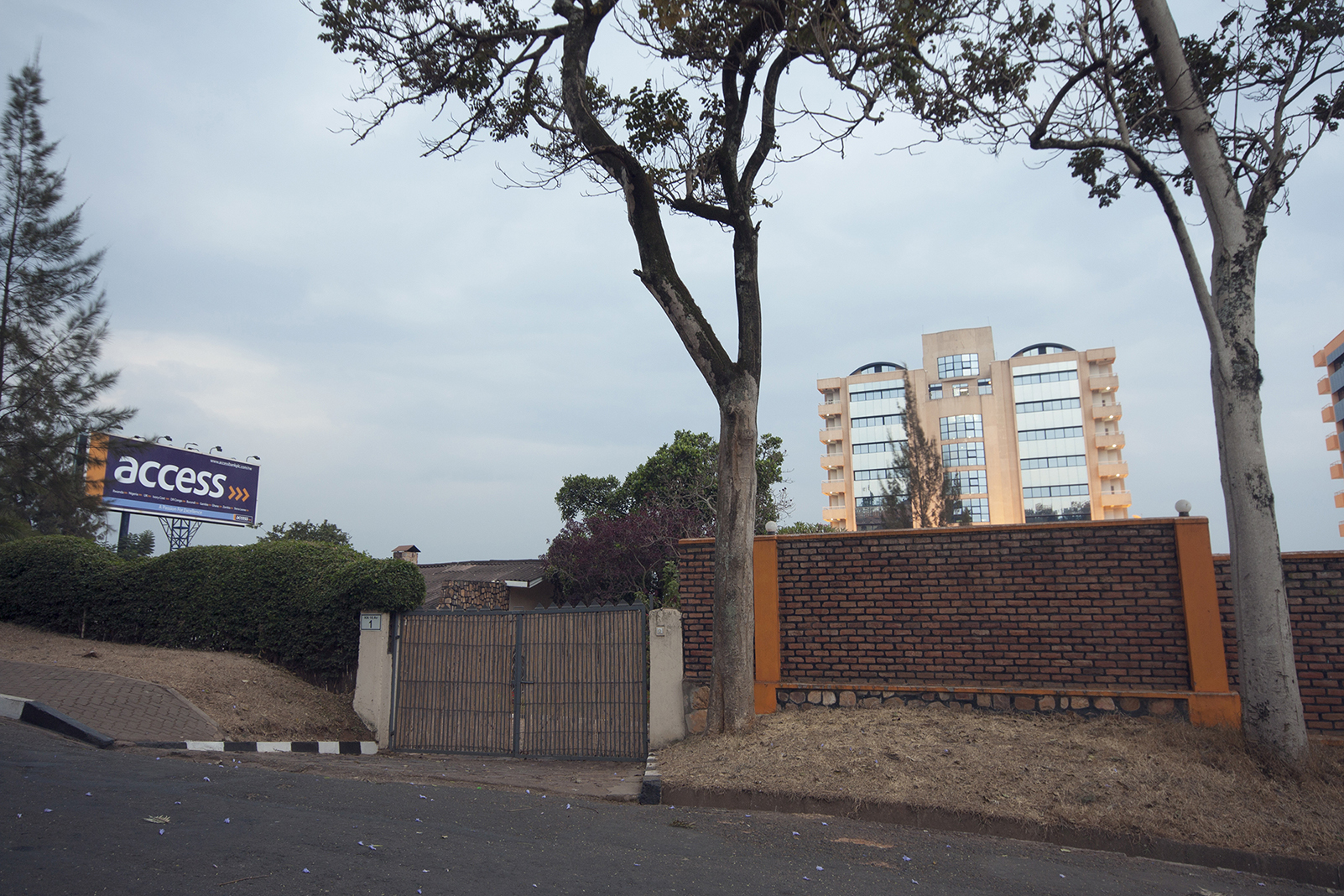 Chinese built tower block on the former grounds of the Kiyovu neighborhood, now home to the Rwandan Social Security Board.

Despite this forced ‘beautification’ of inner city Kigali, many dilapidated building shells remain standing in their post-war condition. Many of these structures lie empty but for the presence of a security guard manning them on behalf of the absentee owners. Concrete barriers irregularly appear and shift along newly tarmacked roads, in sync with the path of President Kagame’s daily commute. Roads themselves have been reassigned new alphanumerical codes, with pre-genocide road names replaced. The logic of which is allegedly emulating New York City’s rational grid system and perhaps to evoke a sense of cosmopolitan urbanity. Kigali’s streets however meander and bifurcate at will and the city at large, unlike New York feels bucolic rather than densely urban.

In August 2011 it was ordered that all rusted roofs were either to be painted or replaced.

New Kigali as an urban experience is at times homogenous, like passing through a set-piece of Deleuzian ‘closed environments’. A homogeneity that seems aligned with Rwanda’s revised policies on references to its ethnic past: there are no longer any Hutu or Tutsi tribes in Rwanda, all Rwandans are one. This, and Kigali’s ambition to become a global city is resulting in a making it feel indistinguishable. A major transformation was indeed expected in a city emerging from a prolonged period of conflict. However, Kigali’s current urban transformation, in terms of what is removed, what is constructed and what is retained, signifies the politicised nature of its urban space within Rwanda’s current re-emergence. 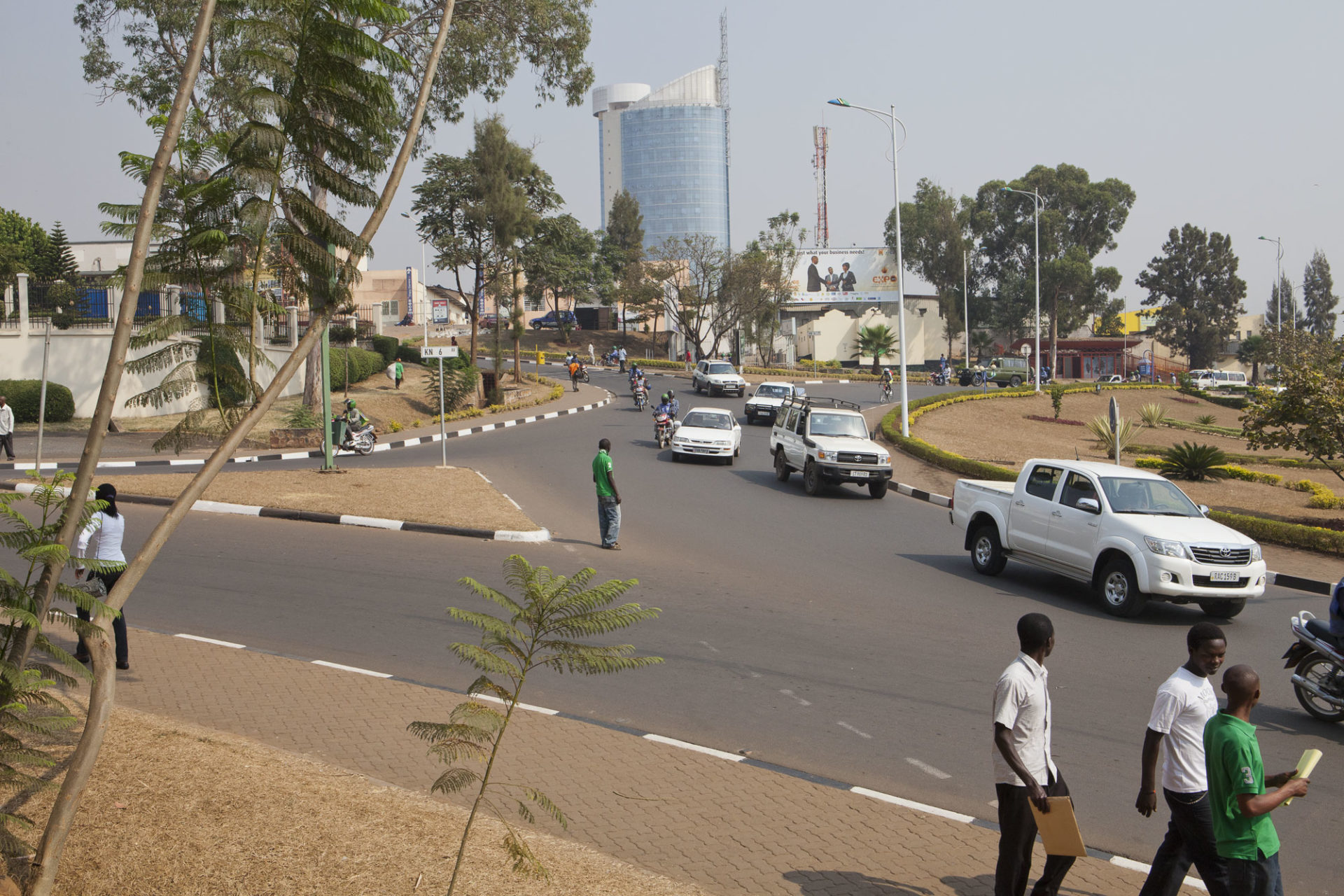 A roundabout in Kigali with the Kigali City Tower (KCT) in the background.

Killian Doherty
Killian Doherty is a qualified architect from Northern Ireland. His research interests lie within the exploration of fragmented sites, settlements and cities at specific thresholds of racial, ethnic or religious conflict and he runs a collaborative practice called 'Architectural Field Office'.