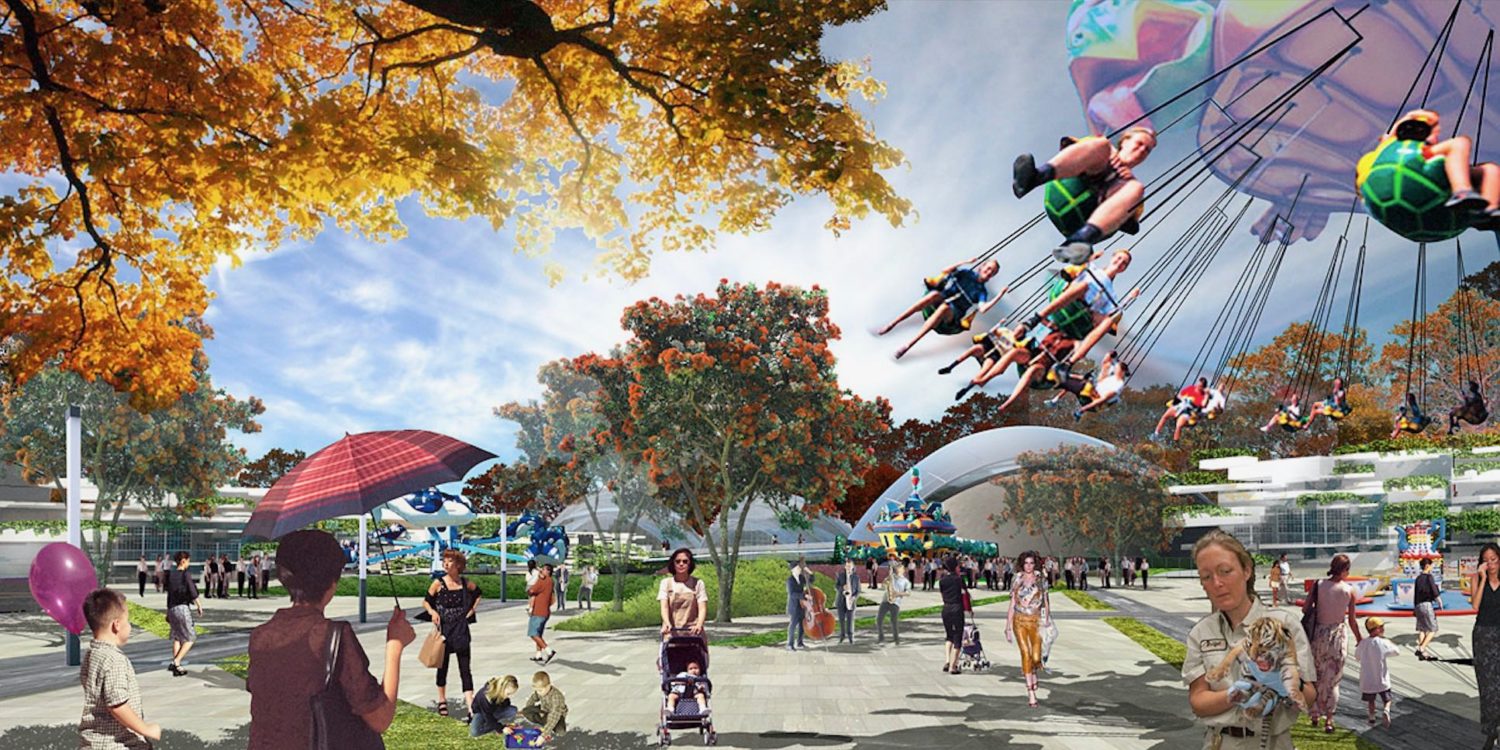 Help us find the boy in the yellow cap in the architectural visions of tomorrow.

While browsing the immensity of architecture imagery online it occurred to me that some people were able to travel in this meta-space, I discovered the mother with the boy in the yellow cap.

He is still young, perhaps only 4 or 5 but he has already developed an amazing curiosity for the architecture of tomorrow. Already occupying the future that awaits him, in this strange unknown terrain he is afraid to leave his mother’s side. She holds his hand to protect and comfort him. While the peak of his cap protects his eyes from the glossy glare of this bright future. We first encountered them on one of their first trips away visiting a bright gallery in the new Tamayo Museum in Mexico.

She wants to nurture his curiosities so together they explore the architectural visions of tomorrow. They spend most of their time travelling, visiting as many future parks, museums and new public plazas as possible. They don’t have the time to keep a regular travel blog so we can only catch glimpses of their adventures on the pages of Dezeen, Designboom and ArchDaily. We first spotted them in Mexico City above and then again when they decided to visit the National Archive. 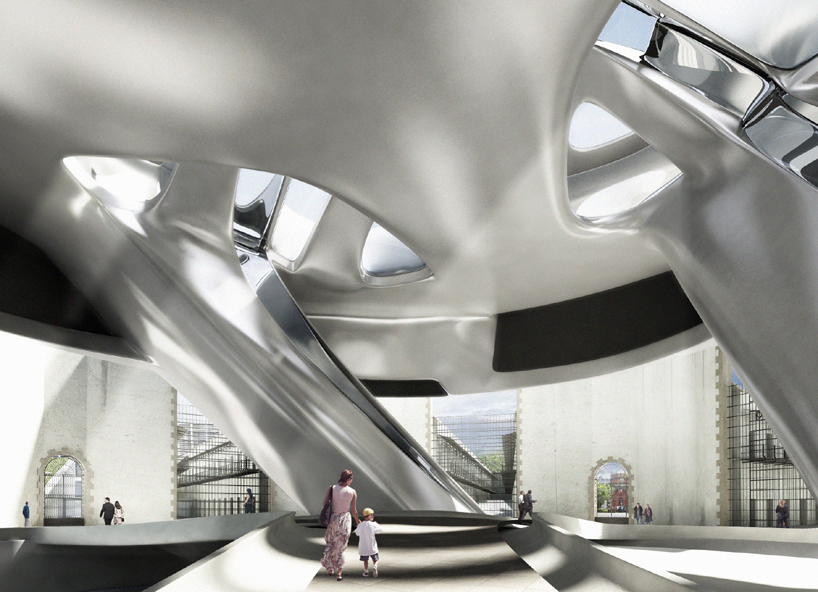 “Mum.. This architecture makes me dizzy.. I need to go outdoors” he quips “Maybe you should consider studying landscape architecture.. how about we go and see some future parks” she asks.

He is not so sure but more parks are quickly added to the itinerary. They travel to Seoul where they visit a future event space occupied by a fairground.. “These chair swings are making me even dizzier mum, I need some peace and quiet.” 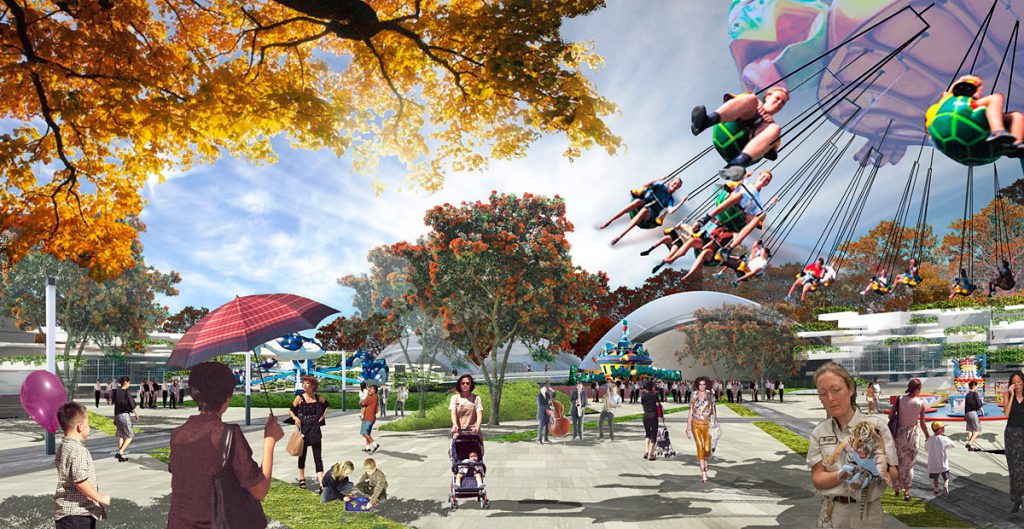 “Ok so, how about this simple grassy square in Cleveland then?” “Yes……It’s a green space!” he shouts, instantly recognising its function. 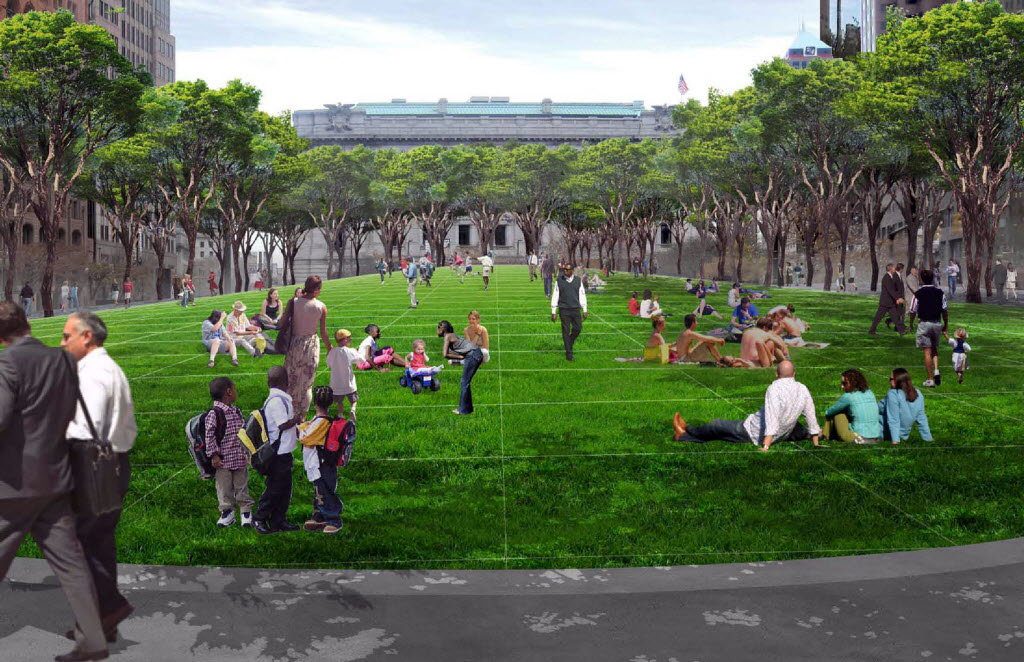 A park in Cleveland. 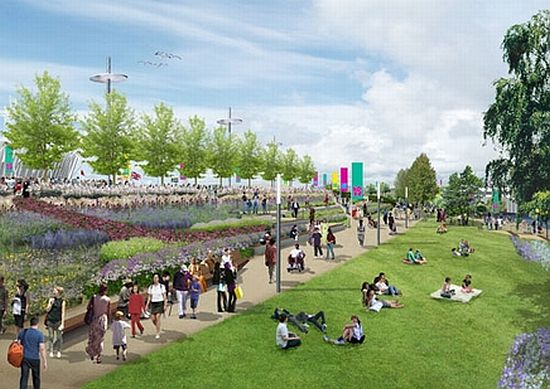 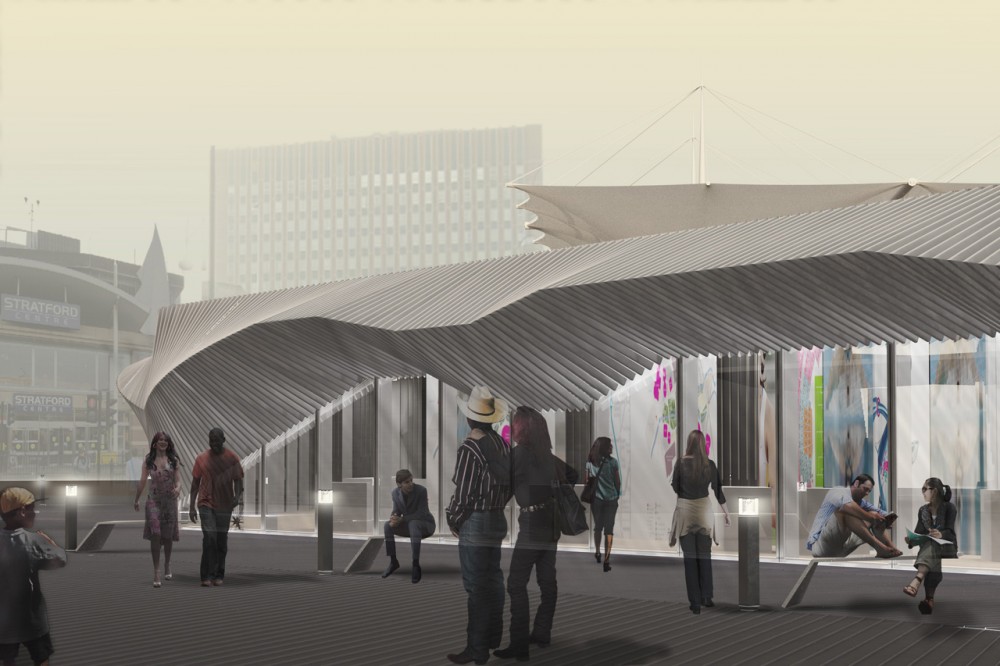 We are asking readers of Failed Architecture for your help in finding this boy. East London is currently a hotbed of urban speculation full of pop-up urbanism, Ikea housing and Olympic Legacy dreams he could be in any one of these futures or somewhere completely different, but the same.

The future of the suburbs.

UPDATE ** Since publishing this appeal on Failed Architecture we have received a report on the boy’s whereabouts and are greatly relieved to hear that he is currently exploring the ‘suburbs of the future’ in Denmark. Maybe he became disillusioned at the pace and scale of development surrounding the Olympic site and decided to look for a smaller scale alternative. Nevertheless move to the Danish suburbs is a worrying trend. Their last sighting was in a shadowless Estonian forest. 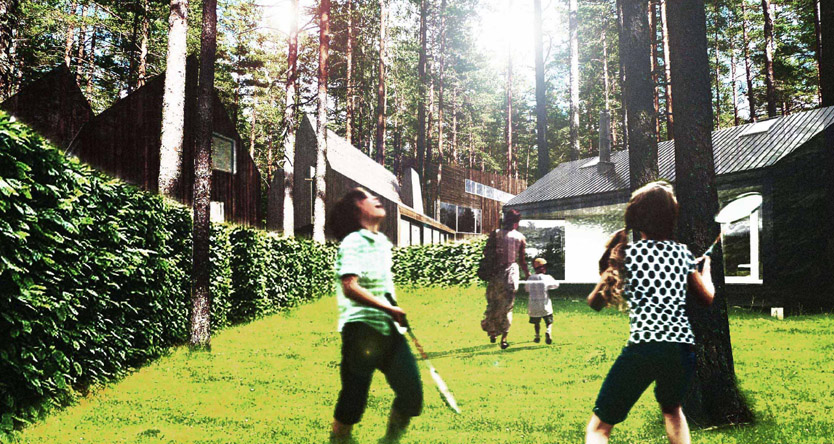 We fear they may be lost once more and have extended the call. Has anyone seen them? Please submit any images you may find to Failed Architecture.