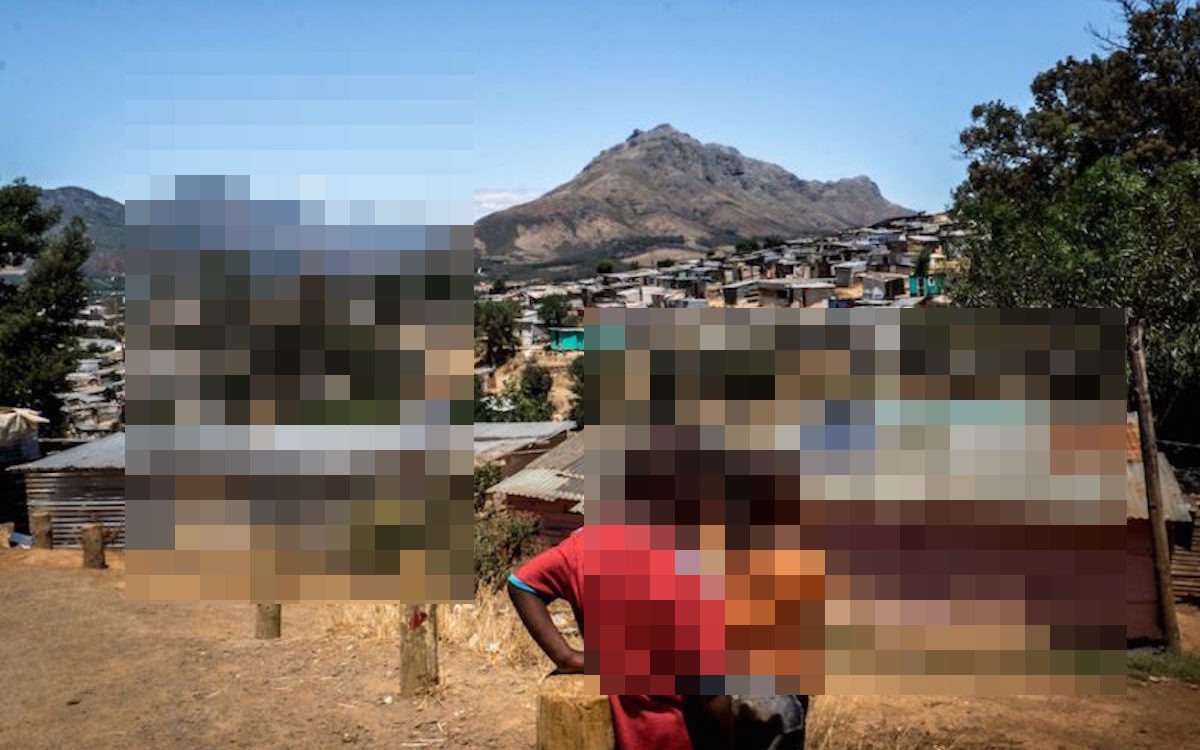 How the aestheticisation of iconic slums limits people’s understanding of informal urbanism.

At the 2012 Venice Architecture Biennale, Urban Think Tank presented Gran Horizonte, a ‘pop-up restaurant’ mimicking life in the infamous squatted Torre de David-skyscraper in the Venezuelan capital of Caracas. This skyscraper was abandoned halfway through construction and subsequently occupied by thousands of ordinary Venezuelans who transformed it into a ‘vertical barrio’. Urban Think Tank has conducted extensive research on the building and has called it ‘a laboratory for the study of the informal’. To present their findings, they made an installation-slash-restaurant that looked like it was directly transferred from the tower, using similar building materials and aesthetics as the informal interventions. Since the Venice show, this remarkable story of an outright architectural failure and a people’s struggle for their ‘right to the city’ has gained a serious amount of attention, to the point that it has become somewhat of an architectural cliché. Despite winning a Golden Lion and the project’s apparent success, it has also been severely criticised, among others by Dan Hancox in The Architectural Review, for being a blatant example of ‘slum porn’. 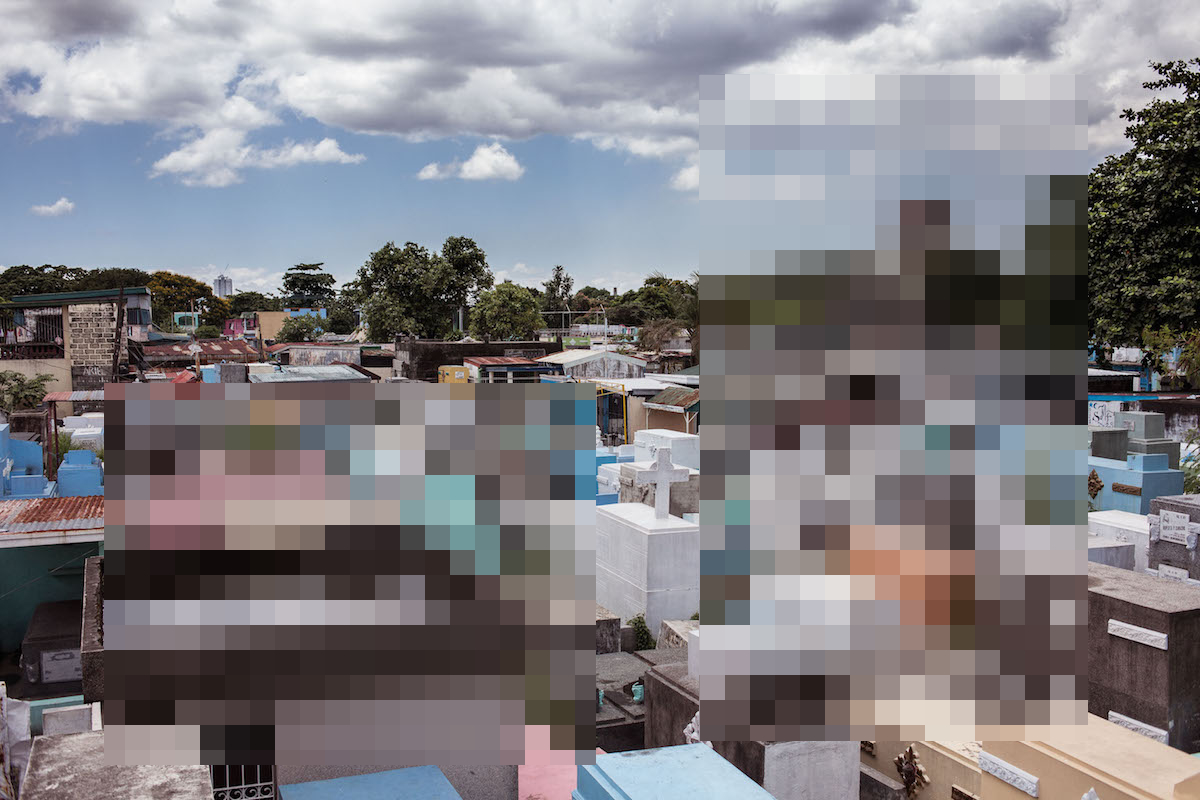 He might well be right. The Torre de David is not your average ‘barrio’, but thanks to its scale and unusual shape quite an extreme and photogenic one. And indeed, the mesmerizing photography by Iwan Baan results in strong, unique imagery that immediately aestheticises the tower and its self-built interiors, detaches itself from the local situation, and compresses this complex and layered local situation into easily consumable visuals. While Urban Think Tank’s in-depth research remains hidden in an expensive publication, it is Iwan Baan’s photography that stood out from the installation and has filled blogs, news websites and social media for years after the actual biennale. A global and well-educated audience of urban and architecture enthusiasts has probably enjoyed the almost ‘pornographic’ sensationalism of peeping into the intimate but wildly creative, self-built interiors, reflecting serious levels of poverty. Like ‘ruin porn’, the photos induce a certain feeling of uneasiness, as they allow you to briefly experience a dark, problematic side of humanity from the passive comfort of your daily social media routine. No happy ending, and no strings attached. 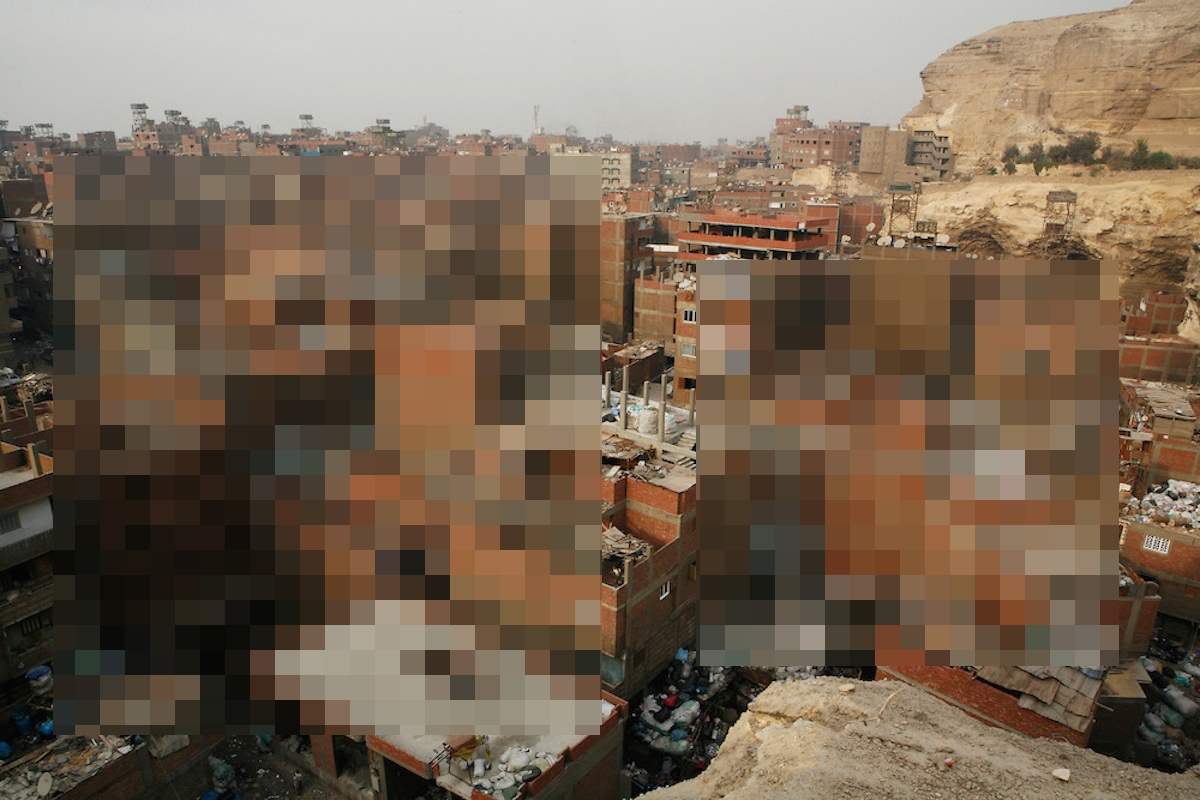 A neighborhood of the Zabaleen in Cairo. Censored.

Despite Hancox’ valid critique, the work of Urban Think Tank should be credited with having made at least a few people aware of informal alternatives to regular urban development. It can be credited, too, for having spurred others to dig deeper in this and related cases. At Failed Architecture, we featured an article situating the Torre de David in the wider development of the city’s changing housing policies. As urbanism’s interest in ‘the informal’ is still growing however, we are likely to see more #slumporn in the future. With ‘reporting from the front’ as this year’s theme, the Venice Architecture Biennale was also expected to dwell heavily on blunt images of the habitats of the poor. In practice, it was actually relatively light on #slumporn despite its strong focus on the global south. It did feature a 1-to-1 replica of Kunlé Adeyemi’s Floating School though, whose success has relied at least to some extent on (again) Iwan Baan’s attractive but dystopian photos of the surrounding Makoko ‘water slum’ in Lagos. Unsurprisingly, the images contributed considerably to quickly elevating this project to the same canon of continuously circulating, popular architectural projects. More than just an aestheticisation, the Floating School is in itself a much-needed intervention for the benefit of the local inhabitants, although some of our critiques on the ‘pop-up hype’ do apply here as well. Unfortunate for its current users, the school was destroyed in heavy rains this week.

While the International Architecture Biennale Rotterdam 2016 doesn’t contain large, immersive installations such as Gran Horizonte or the Floating School, it does feature a wide variety of slums from around the world. In most cases, all that is presented is the current situation, without, for instance, mentioning a specific design intervention. Suame Magazine is a large, industrial area in the metropolitan area of Kumasi (Ghana), where thousands of informal workers recycle discarded European vehicles and prepare them for a second life on African roads. The Zabaleen are the informal, self-organised waste-collectors from seven self-built, crowded neighborhoods in Cairo, who recycle a large part of the city’s garbage production in and around their homes. From Manila, the IABR showcases the ‘northern cemetery’, where, similar to Cairo’s ‘city of dead’, thousands of people have started to build small dwellings between the tombs and to take the provision of services into their own hands. 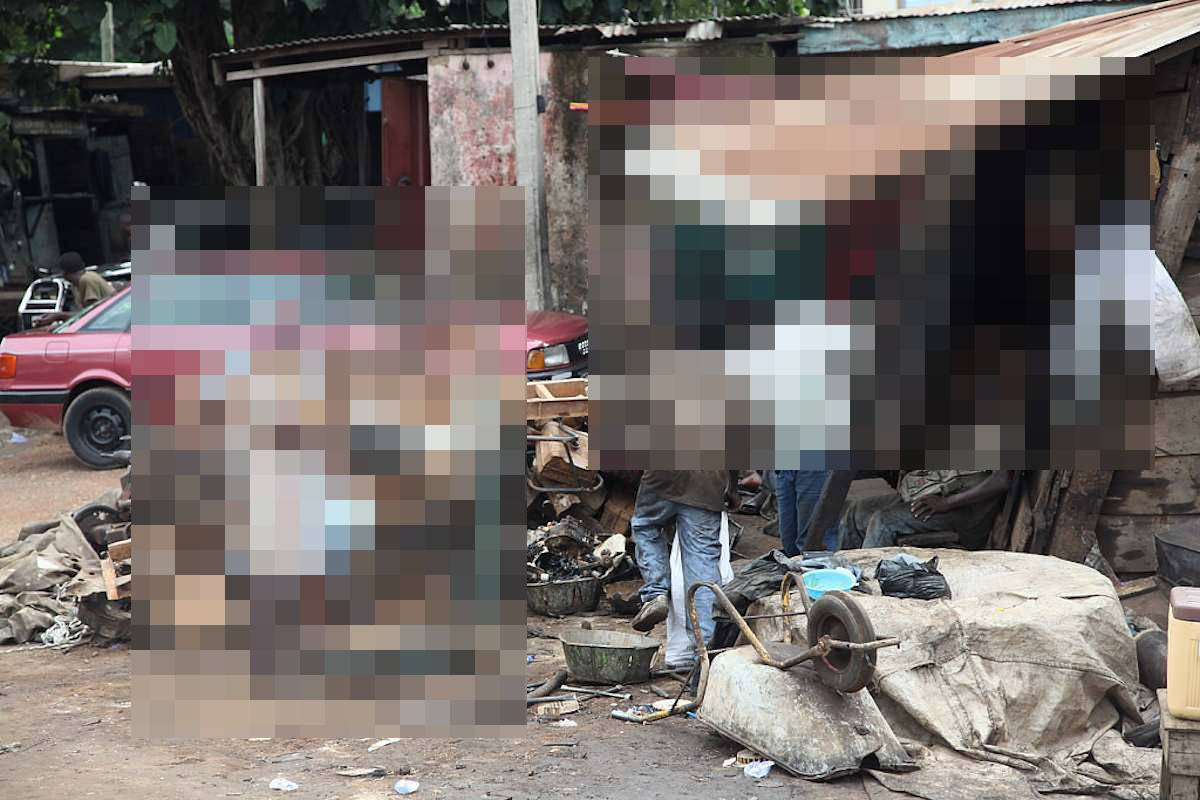 In other presentations, a slum or slum-like conditions are featured in which a certain intervention has also been carried out. In Stellenbosch (South-Africa), a collaboration between the municipality and a research institute has resulted in a small electricity company providing affordable solar panels for the inhabitants of the informal settlement of Enkanini. In Beijing, where more than 1 million people live in former air raid shelters and basements, designers have upgraded the subterranean dwellings and created collective spaces for their inhabitants. Each of these cases is an interesting example of innovative and informal urbanism in itself, which must have widened the horizon of a fair few of the biennale’s visitors. However, all of them could, at least to some extent, be classified as #slumporn. All the featured locations are not the ‘ordinary’ slums where most people live, but exceptional cases, whose exceptional circumstances will astonish the audience and generate web traffic but won’t necessarily add to a better understanding of informal conditions in general. These cases again allow for captivating and affective photography, or in the case of the Manila cemetery, for spectacular footage shot from a low-flying drone scanning the area from a safe distance. The images are then lifted out of the original location and, without much apparent additional research, presented at the biennale, only accompanied by a brief explanation.

One wonders why these projects are included in a biennale like the IABR. As urbanism and architecture are both still predominantly focused on regular, formal projects in the West, the attempt to include different forms of urbanisation from the global south is laudable. But how is this a possible imagination of the future city, as with the other projects on show, when billions of people already live and work in a ‘planet of slums’, and have been for ages? Since this biennale contains many other projects that have been selected for the positive impact made by citizens on the local scale, the inclusion of slums seems to suggest that their inhabitants’ resourcefulness is actually creating a well-functioning and appealing situation. While architects and urbanists should definitely try to learn from the complex urban conditions behind these cases, this optimism surrounding their presentation is a tad naive. From Manila to Kumasi, these are all precarious places where life is exceptionally harsh, short and insecure. 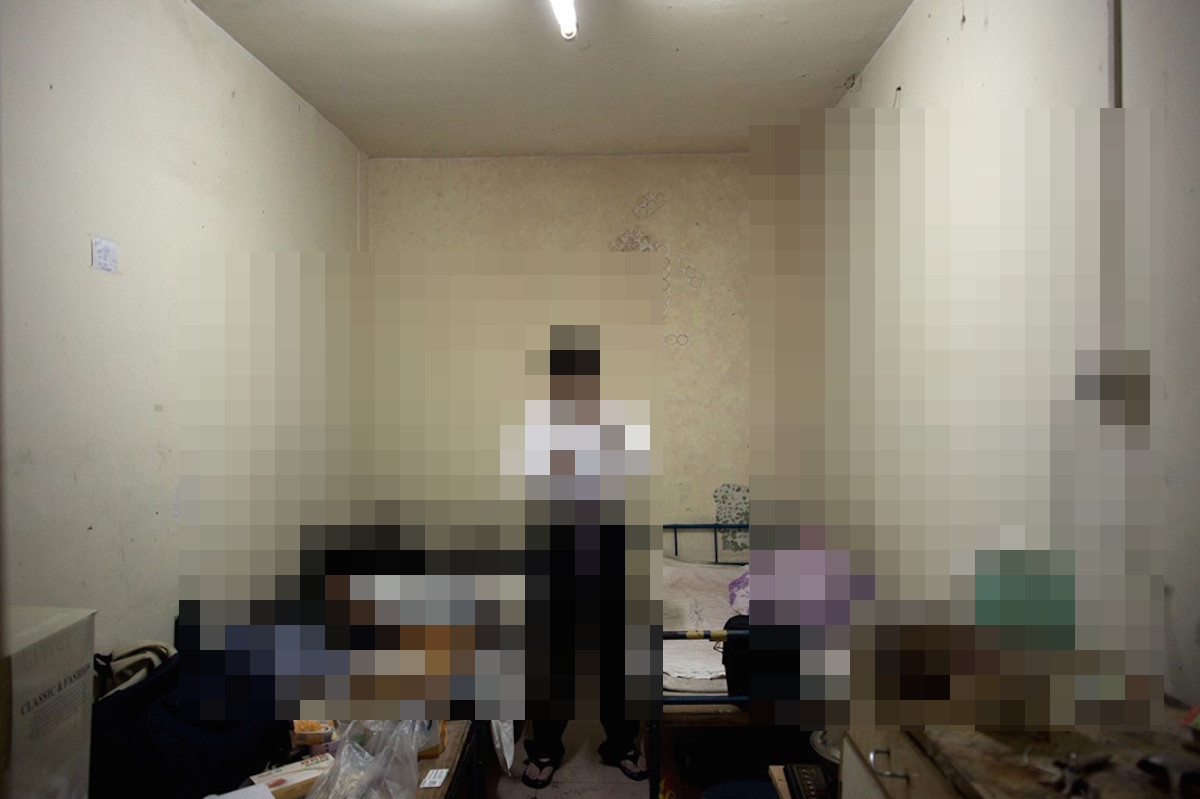 Another problem with the way the slums are presented in the biennale, with aesthetic imagery in the foreground but without much in-depth background information, is that it obfuscates both the structural problems in these places and the structural causes behind these problems. Many of these places are characterised by rampant poverty, limited access to healthcare and education, substandard living and working conditions and high levels of precarity in general. These problems are not incidental, but have multiple, external causes. While in some cases gang violence might be a problem or local governments might continuously fail to deliver, the problems of many of the slums have been exacerbated by the effects of globalisation, or have intensified as international financial institutions forced governments to phase out social programs in the 80s and 90s. In its vast collateral programme of talks and workshops the IABR-2016 does pay attention to more structural approaches to urban issues in the global south, but this doesn’t address the structural conditions of the slums in the specific presentations. This is problematic, as it feeds into a misconception that it is the slum dwellers’ bad luck or even their own fault that they are in this situation, and that they are the only ones that can do something about it. 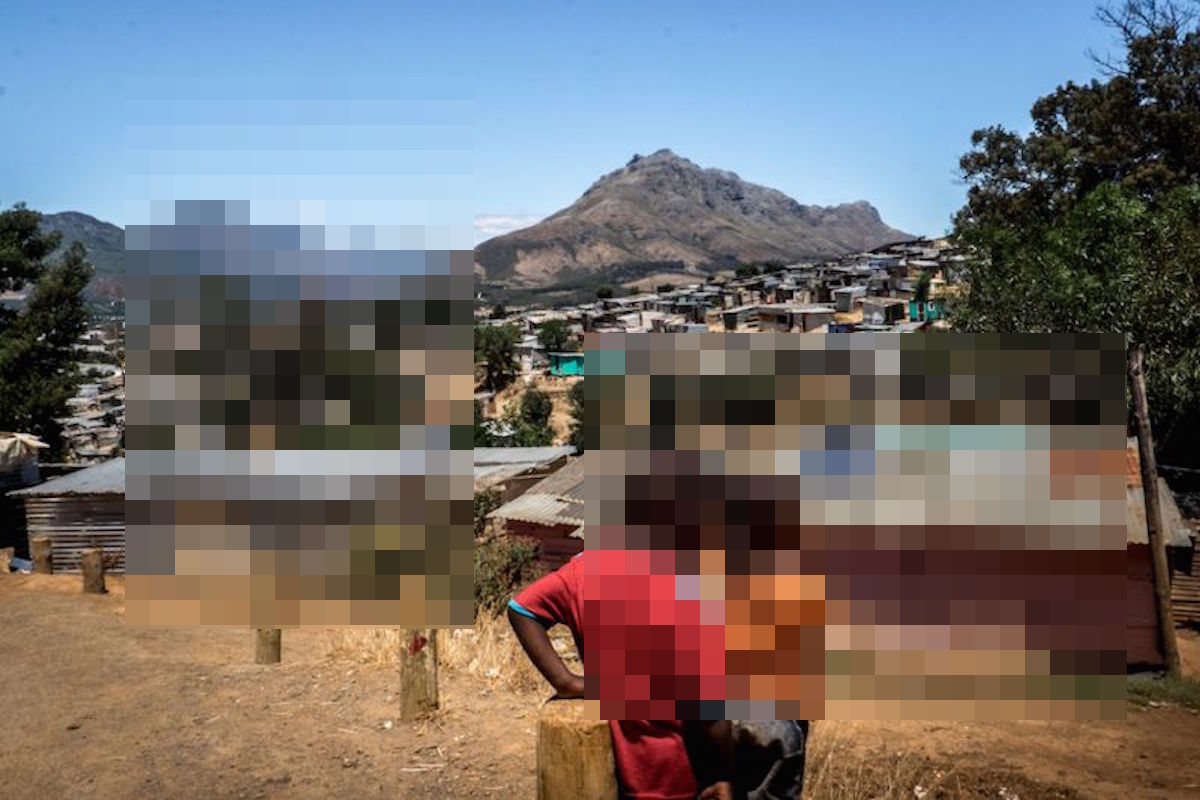 Despite Patrick Schumacher’s ludicrous statement recently that architects should refrain from engaging with slums, their ample knowledge on the design of complex spaces could obviously be of great help. Since urbanisation is booming in large parts of the global south and slums are growing rapidly as a consequence, there is a strong need to develop strategies to channel this growth and improve conditions. Developing a thorough understanding of slums and their conditions is a crucial prerequisite, as is the case for any kind of spatial intervention. Luckily, there is a wealth of experience and knowledge already available among inhabitants, local professionals, researchers and NGOs, who have been working for decades in the field. Assembling this information, and connecting it to a global network of architects could be an interesting role for an architecture biennale. This would hopefully feed into a more proper engagement with slums, where the more ‘average’ and less exotic cases would not be overlooked, and the catchy images could fade into the background.