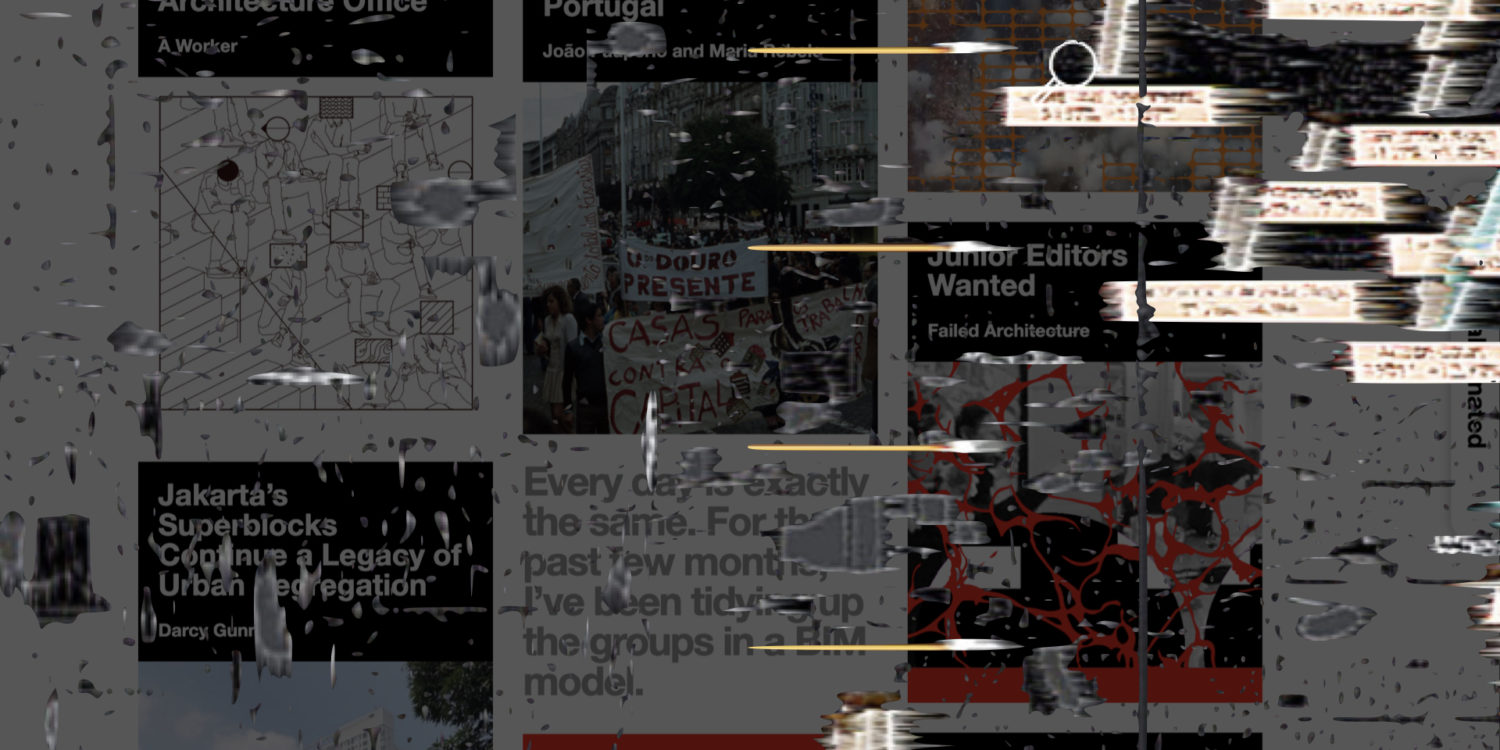 To continue our critical investigations in 2020, Failed Architecture needs your monthly donations.

A year ago Failed Architecture became a donations-based platform after years toiling away as a volunteer-run enterprise. One year on and the response has been fantastic. We’re now receiving enough monthly support from our audience to meet technical costs, pay authors and give editors a small remuneration. Thanks to hundreds of supporters from around the world committing one-off or monthly donations we can now be more consistent in our output and pursue special series. Take a look at our Donate page to see how we spend the money raised, and to see the people who are supporting us.

But we want to do more and we need your support to do this without burning out. With only a few hundred euros extra per month, we could publish more regular articles and podcasts on specific topics and begin increasing our team’s own capacity to write and podcast on the issues that matter.

Already, our output is much more focused since being able to pay our contributors. Calling  for articles and commissioning writers has allowed us to set the agenda and pursue some really urgent topics. This started with the series Building Workers Unite, consisting of seven articles and one podcast investigating working conditions in the wider building industry. We’ve already covered a lot, from the architecture brigades of the Portuguese Revolution to the hidden story behind the Permanente Cement quarry and from the problem with architects “doing what they love” to a bleak speculation on life in a near future architectural office. But there’s still more articles in the pipeline for this series. Meanwhile, we’ve already called for articles on the next theme, Urban Feminism for the 99%, for which we received nearly 50 pitches. Currently, we have the resources to publish eight of them, which made it a tough choice, since it was a very good collection of pitches.

Some other highlights from the year…

Dezeen listed the Failed Architecture Podcast as one of the best podcasts on architecture and design. Eleven episodes in, we now average 11,000 listeners per show.

Two weeks ago we issued a call for new editors to join our team to be able to further increase and diversify our output.

As part of the support campaign, we also began making fresh Failed Architecture merch. Developed by our brilliant designer Kees de Klein, the t-shirts are currently limited edition but will be available for public release after we figure out costs and demand.

One highlight is still to come: on Friday (December 6) we’re throwing a party to celebrate one year of independent architecture criticism. Come share a drink with us in night bar San Francisco in Amsterdam’s Red Light District. Free entrance for FA supporters (join now).

If you have been considering making a donation to Failed Architecture, this is the perfect occasion to meet your December charity goals, enabling Failed Architecture to survive the winter and plan great things for 2020. Please also share our call with anyone you think might consider themselves a supporter or friend of Failed Architecture. All donators will be gratefully mentioned on our website.

From the whole team…. Thanks!

When Architects Work for People not Profit: Revolution and the Architecture Workers Movement in Portugal